Native plants are those which are part of the local vegetative community. As such, they have evolved interdependently, with methods of survival specific to local growing conditions.

The restoration of High Park supports the spread of native plants, using both plantings and natural regeneration.

Plantings increase the size of existing natural areas, improve connections between habitat fragments, establish new natural areas, and regenerate closed trails. Native species are also planted in areas that have been cleared of non-native invasive species to prevent invasive species from re-establishing in the area and to aid in the recovery toward a healthy ecosystem.

The High Park Nursery provides many of the native plants that are planted within High Park. This stock is replenished by Urban Forestry staff and designated volunteers who go out into High Park in designated areas to collect specific savannah species in the fall. Some native species that are collected include Big Bluestem, Woodland Sunflower, Cylindrical Blazing Star, Pennsylvania Sedge and New Jersey Tea. These seeds come full circle once they have propagated at the nursery to an age where they can be successfully transplanted back into its natural High Park environment. If a required species of seed cannot be collected within High Park, then seeds are collected from areas close to High Park that have similar climatic and environmental influences.

For a number of years, both the High Park Stewards and High Park Nature Centre have been restoring large areas of the park with school groups and community members.

Plantings are designed to mimic the vegetation patterns found in nature: for example, planting in scattered groups, interspersing clumps of grasses with flowers and shrubs, and combining species that naturally occur together. Care is taken to ensure that species are planted where they would normally be found in nature, considering factors such as sunlight requirements, soil conditions and the location on uplands or ravine slopes. Prescribed burns helps to promote and maintain a savannah ecosystem and its indicative species.

From 2000 to 2019, approximately 110,000 native plants have been reintroduced to the park through a combination of staff and community plantings.

The encouragement of oak regeneration is one of the key goals outlined in the High Park Management Plan as they are a key species in this remnant savannah ecosystem. Due to past management objectives in High Park, natural oak regeneration had been suppressed for many years. By the 1990s the mature oak trees were aging and saplings had not yet developed enough to fill their place.

As a result, oak, especially black oak, regeneration has become one of the restoration foci in High Park. Black oaks have evolved within and adapted to fire-dependent ecosystems – like the savannah – and are generally resistant to fire.

Younger oaks are more sensitive to fire until they can develop a deep taproot system. When oak saplings are exposed to fire, the top portion of the tree is burned off, invigorating the root to re-sprout and send out larger new growth. If oak seedlings have not had enough time to develop these deep taproots, frequent fires may damage and potentially kill the tree all together. Adult trees also develop a thick bark that can withstand natural burning.

Combined with many years of drought, fire suppression, and a number of insect infestations, black oak populations in southern Ontario have been in decline. In fall of 2006, many of the oaks in High Park produced large numbers of acorns – quantities which hadn’t been seen since 2002. As a result, in the 2007 season, large numbers of naturally regenerating oak seedlings were observed in an area of approximately 25 ha.

Planting and prescribed burn programs in High Park have shown an increase in the area of regeneration of young oaks. Since 2008, the area of observed young oaks has increased an additional 16 ha to cover approximately 41 ha within High Park.

To encourage the health and growth of both planted seedlings and naturally regenerating oaks in High Park, areas of oak regeneration will continue to rotate being burned in the future. The period of rotation will allow new seedlings time to become established before being burned again.

In general, "tablelands" refers to the flat plateau areas between the ravines. In High Park, this name refers to the natural area north of the Grenadier Cafe and south of the playing fields, bounded by West Road and Colborne Lodge Drive.

The plant community here is a mix of tallgrass prairie and Black Oak Savannah, as well as some introduced trees such as sugar maples and Austrian pines.

To further extend the restoration work of the Volunteer Stewardship Program (the early name of the High Park Stewards) in the park, an Adopt-a-plot Program was launched in 1999. This program allowed individuals or groups of volunteers to adopt a plot within a designated area and plant or seed them with native plants to help restore the site. Thirteen adopt-a-plots on the Tablelands between the baseball diamonds and the Grenadier Restaurant (see map below) were restored this way.

In more recent years this area has been restored by volunteers as part of the High Park Stewards regular Sunday work activities. In addition, a little-used picnic area was removed and the area replanted with native vegetation.

The Tablelands is a beautiful example of the remnant Black Oak Savanna, which is an endangered ecosystem that needs to be preserved and protected. The Tablelands, which at one time was a mown lawn, now shows promising signs of natural regeneration of red and black oaks, and rebounding populations of native tall grasses such as Big Bluestem, Little Bluestem, and Indian Grass, as well as typical savanna wildflowers such as Wild Bergamot, Woodland Sunflower, and Black-eyed Susan, legumes such as Showy Tick Trefoil and Round Headed Bush Clover, and shrubs such as New Jersey Tea, St. John's Wort, and Smooth Rose.

The diversity of native plants has greatly increased in this area. Other plants that have been re-established are Wild Lupines and Butterfly Weed. 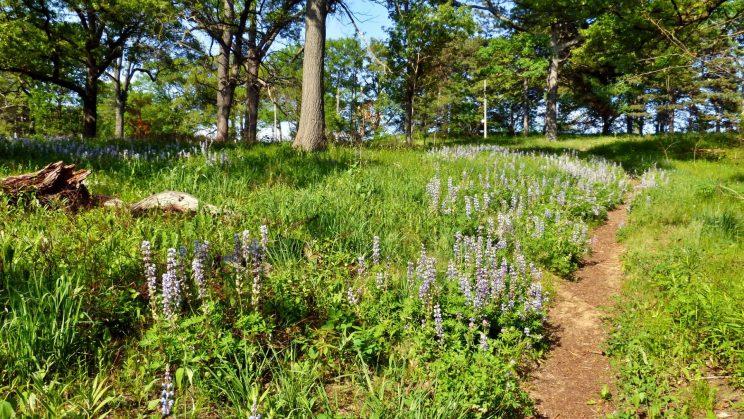 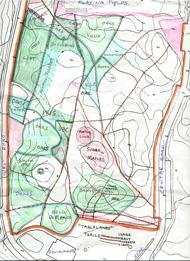 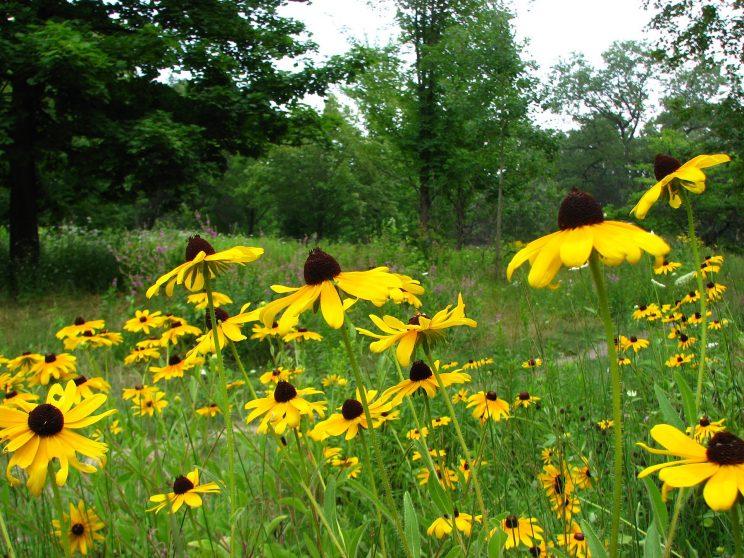 SEE NEW LINK BELOW! Learn about the Toronto & Region Conservation Authority’s methodology, findings and observations as presented in the final High Park Terrestrial Biological Inventory Report, 2019. There will be an opportunity to ask questions about the report. Urban…
END_OF_DOCUMENT_TOKEN_TO_BE_REPLACED

High Park’s cherry trees will not be accessible for viewing in person this year due to COVID-19.  Learn more about virtual blossom viewing. The ritual of Sakura (cherry blossom) Hanami (flower viewing) comes to us from Japan where it has…
END_OF_DOCUMENT_TOKEN_TO_BE_REPLACED

As Spring approaches, we look forward to a new year of gardening, stewardship, bird watching and protecting the natural habitats we care about. Some things can be accomplished by groups of people and others can be done at home. For…
END_OF_DOCUMENT_TOKEN_TO_BE_REPLACED

Now that spring-like weather is here, we gardeners are desperate to “get in the garden” but the insects need us to hold on just a little bit longer. Garden waste pickup begins next week (March 15) but we urge you…
END_OF_DOCUMENT_TOKEN_TO_BE_REPLACED

In response to the COVID-19 pandemic, Urban Forestry will not undertake a prescribed burn in High Park and South Humber Park in 2021. Instead, efforts will be focused on working to complete long term planning, and evaluating progress in habitats…
END_OF_DOCUMENT_TOKEN_TO_BE_REPLACED
Share on TwitterShare on FacebookShare on PinterestShare on EmailShare on Reddit
Skip back to main navigation