The large Black Oak trees (Quercus velutina) and many other plants, wildflowers, birds and insects dependent on these communities for their habitat are considered to be provincially rare by the Ministry of Natural Resources. Black Oak, found on dry sandy sites throughout the southern United States, is at the northern limit of its natural distribution in High Park. Extensive development of the Great Lakes region has all but eliminated these rare and endangered oak woodland communities.

About 1/3 of the park’s natural environment* consists of nationally rare oak savannah, an open, park-like landscape that contains widely spaced black oaks, scattered low shrubs and a rich variety of prairie grasses and wildflowers. Savannahs are dependent on periodic fire to maintain their open character and rich variety of plant species. Of the over 2 million ha of prairies and savannahs that once covered southern Ontario, less than 2,100ha (0.1%) remain today.

Experts consider the oak savannah at High Park to be "continentally significant" because it occurs near its northern limits...and because of the size, nature and characteristics of the remnant ecosystem. 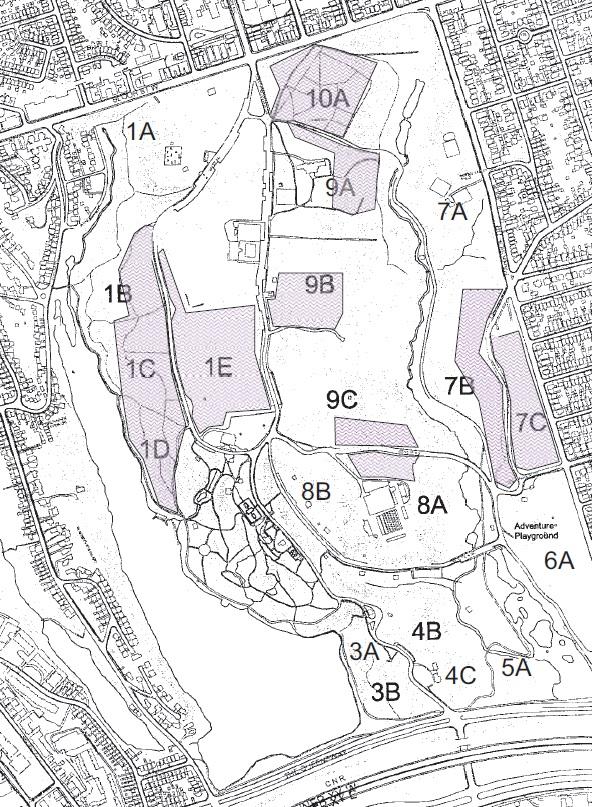 Some Common Plants of the Black Oak Savannah

High Park shelters 41 rare plant species, 32 of which appear in the savannah. Among these plants are nationally rare woodland fern-leaf, wild lupine and cup-plant. 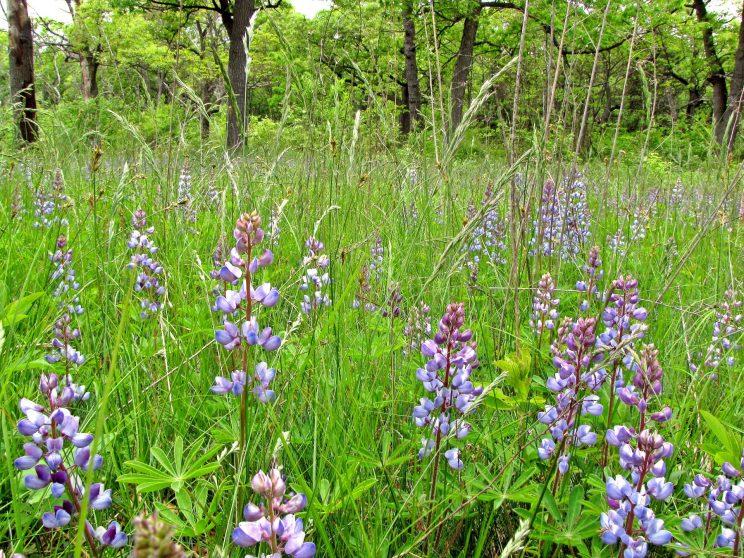 A number of exquisite flowers and shrubs adorn these plains which rival any garden of beauty during the spring and summer months.

Catherine Parr Traill, 1836, describing the savannah south of Rice Lake. Catherine was an English-Canadian author and naturalist who wrote about life in Canada, particularly what is now Ontario (then the colony of Upper Canada).

Before the arrival of the first European settlers, the landscape that is now Southern Ontario was dominated by vast areas of forest. The forest cover was occasionally interrupted by two principal types of tallgrass ecosystems - prairie and savanna. Although these open habitats characterised the landscape in the Midwestern United States and parts of the prairie provinces, only scattered patches were found further east, primarily in the south-central and southwestern parts of Ontario.

Because they were already open, relatively dry, and attractive sites, prairies and savannas were prime targets for settlement. The great expanses of prairie on the great plains and most of the smaller patches in the northeast were rapidly converted to agriculture or urban land uses. Now, only very small isolated remnants of the original habitats remain. Coincidentally, some of these have survived in older urban parks, and Toronto is blessed with several of these rare treasures.

The two tallgrass community types are quite distinctive. Prairies are open treeless areas dominated by grasses and forbs (wildflowers). In contrast, a savanna (also spelled savannah) is essentially an open woodland that combines prairie and forest features. Technically speaking, a savanna is a tallgrass community with 25-35 percent tree cover, according to the Ecological Land Classification System for Southern Ontario.

Savannahs are defined by the dominant tree species. In North America the most common types are pine and/or oak savannas, since these trees tolerate dry sandy soils and are fire-resistant.

The western woodlands include a prime example of the rare Black Oak Savannah and Woodlands habitat found in High Park. On these trails you will see examples of remnant oak woodland communities on the upland slopes and locally significant wetland communities within and surrounding Grenadier Pond.

They also provide habitat for many species of birds, animals and insects, and fish and other aquatic life in the ponds.

Purple Martins and Other Bird News

The Purple Martin house at the south end of Grenadier Pond was cleaned out on April 14 by volunteers led by David Creelman, in preparation for this year’s arrivals. Last year there were several successful nests, and hopefully this year…
END_OF_DOCUMENT_TOKEN_TO_BE_REPLACED

High Park’s cherry trees will not be accessible for viewing in person this year due to COVID-19.  Learn more about virtual blossom viewing. The ritual of Sakura (cherry blossom) Hanami (flower viewing) comes to us from Japan where it has…
END_OF_DOCUMENT_TOKEN_TO_BE_REPLACED

As Spring approaches, we look forward to a new year of gardening, stewardship, bird watching and protecting the natural habitats we care about. Some things can be accomplished by groups of people and others can be done at home. For…
END_OF_DOCUMENT_TOKEN_TO_BE_REPLACED

Now that spring-like weather is here, we gardeners are desperate to “get in the garden” but the insects need us to hold on just a little bit longer. Garden waste pickup begins next week (March 15) but we urge you…
END_OF_DOCUMENT_TOKEN_TO_BE_REPLACED

This guided tour of the Black Oak Savana and High Park ecosystem for Ecology and Sustainable Landscapes (CKLA 400), an online course offered at Ryerson University. The tour is led by Sam Benvie, an instructor with The Chang School.

A plant and habitat guide, history of High Park, account of volunteering experiences and catalog of stewardship resources all in one entertaining pocket-sized book.