Purple Martins (Progne subis) are voracious eaters of flying insects. Like many other birds with similar feeding habits, their population has been declining in Ontario. Historically they nested in cavities created by woodpeckers, but now they rely mainly on human-supplied housing.

Purple Martins used to be a regular visitor to the park, breeding at the pond for many years. Then in May 2002 a sudden cold spell across much of southern Ontario killed off their food supply (flying insects) and left many individuals dead from starvation. To make matters worse, the old nesting house on the east shore of Grenadier Pond erected by Toronto Field Naturalists in the 1960s had become hemmed in by trees and was taken over by house sparrows.

Noting these changes, the High Park Natural Environment Committee recommended to park staff that a new nesting house be erected at an unobstructed site on the south shore of the pond. In spring 2007, as part of a shoreline restoration project, the Toronto and Region Conservation Authority erected a new house that could be lowered for regular cleaning and maintenance. While bird enthusiasts were disappointed that no Purple Martins nested there in 2008 or 2009, May 2010 saw two pairs of the bird establish nests there.

Nesting continued for several years but then there was a long gap until 2020, when at least 3 nestholes were occupied. During the summer Purple Martins from various nesting sites in the area can be seen soaring over Grenadier Pond as they "hawk" for insects.

Birds of a Feather

Tree Swallows have similar feeding and nesting needs to Purple Martins, and have occupied holes in the nest box a number of times. 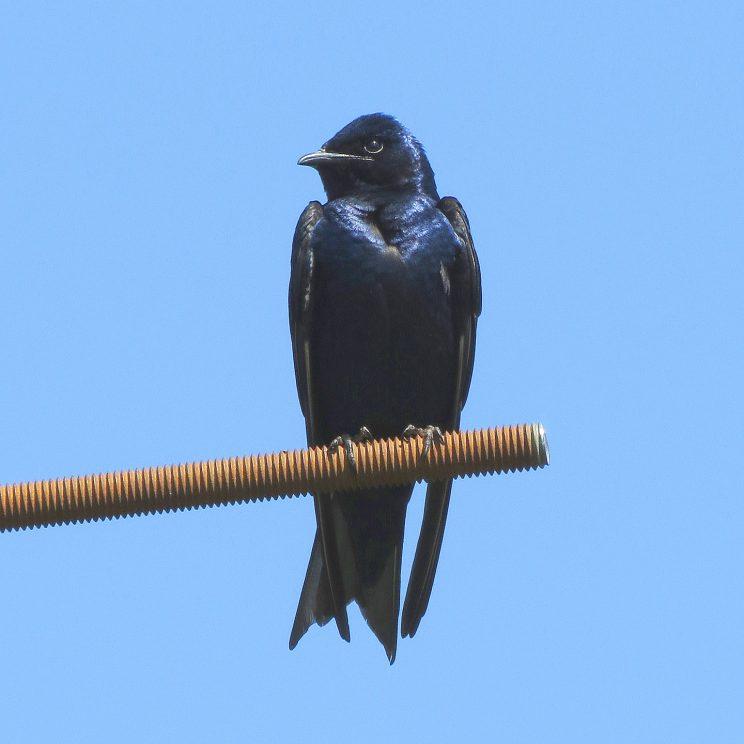 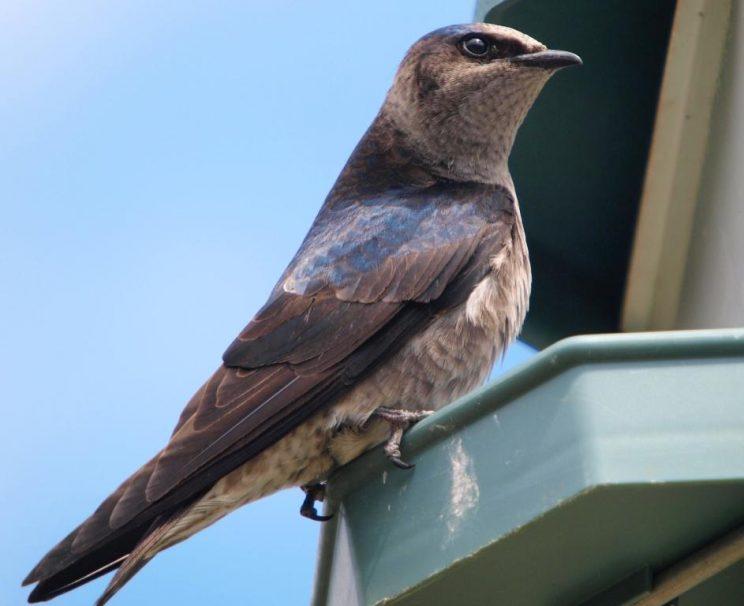 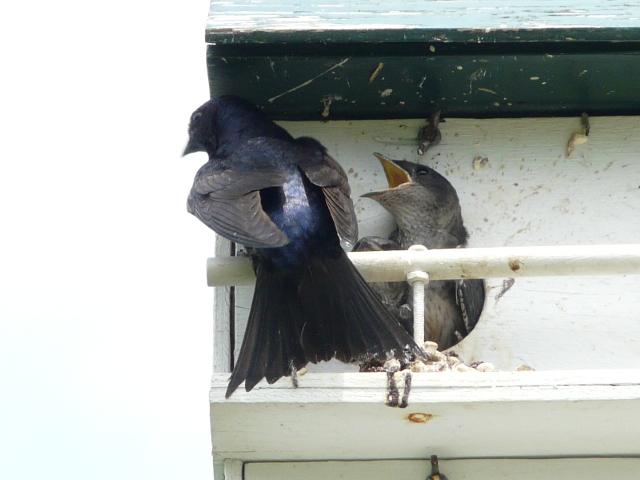 2010 First nesting observed in May and was successful. In fall 2010, two volunteers, Ray Bielaskie and Michael White, took on the task of cleaning the purple martin house. They lowered the house, scraped out the remains of nests, and washed the whole house down with a weak solution of bleach before reassembling and re-erecting it to await next spring's migrants.

2011 A pair of purple martins once again occupied the nest box at the south end of Grenadier Pond, same hole as last year. Another nest hole was used on the pond side of the box, so at least two pairs bred this year.

2012 During a brief storm in late June, the nest box was torn off its post by the wind and later recovered from the nearby marsh. No young were seen after this event, so likely the two broods were lost.

2013 NEW PURPLE MARTIN HOUSE Purple Martins were given a new High Park home because of the talents of a few Bishop Marrocco / Thomas Merton Catholic Secondary School students. This house is designed with removable sections to make cleaning easier. At least two nest-holes were occupied this year and several young were fledged.

2014 After some minor repairs and a new paint job (thanks to Ray and Mike, and Sherwin Williams at Keele & St. Clair for the supplies), the Purple Martin house was raised again. Two females were seen checking it out as soon as it was erected. No breeding was confirmed this year.

2015-2019 No confirmed breeding activity but some adults were seen flying over Grenadier Pond, perhaps nesting elsewhere nearby. Tim McCarthy took over as nest-cleaner in 2018.

2020 At least 3 nestholes were occupied by Purple Martins this year! A group of 20 individuals was seen near the nest box in late July.

2021 The Purple Martin house was cleaned out on April 14 by volunteers led by David Creelman, in preparation for this year's arrivals. The house was a busy place this spring and summer, with several families successfully raising young. 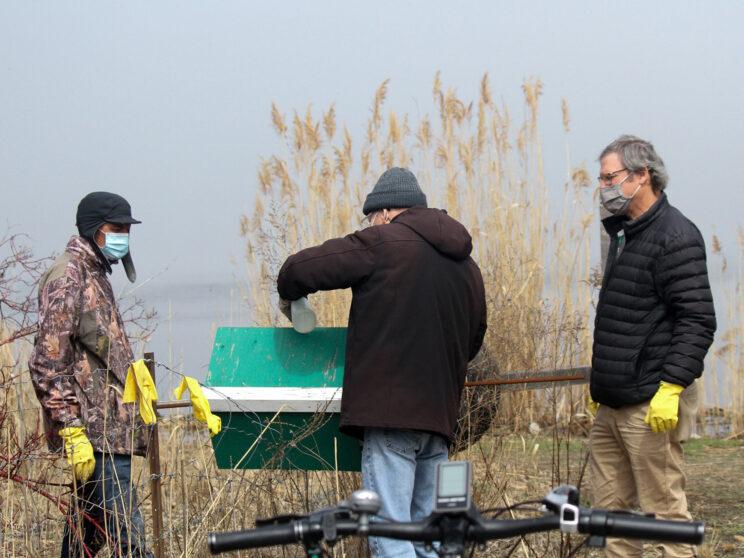 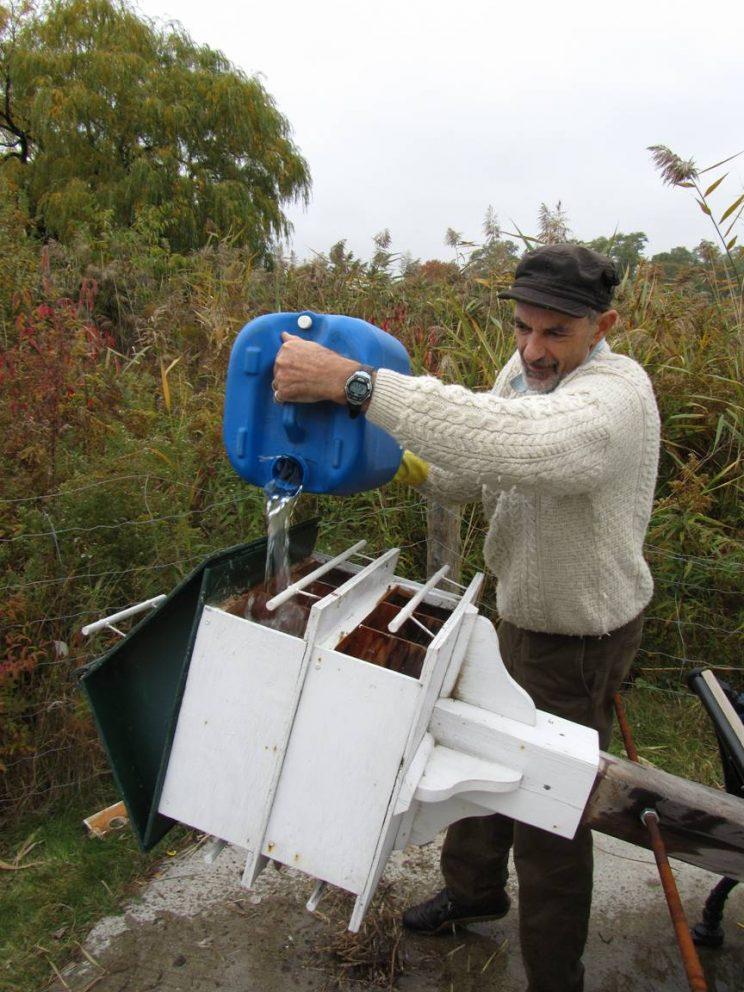 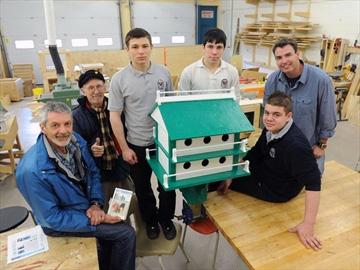 This article doesn't have sources.

The High Park Stewards and the prescribed burn that took place on April 29, 2022 are both featured in an article by Emily Waugh in the Toronto Star. Read the article as it first appeared online or the Pressreader version…
END_OF_DOCUMENT_TOKEN_TO_BE_REPLACED

High Park’s cherry trees are blooming! Vehicle access is closed in the park. For more information, including a map of locations, virtual tours and accessibility information visit the City’s Cherry Blossoms webpage. Please take care to respect wildlife and their…
END_OF_DOCUMENT_TOKEN_TO_BE_REPLACED

Urban Forestry will undertake a prescribed burn in 4 locations in High Park on Friday, April 29. Be aware that the park will be closed to vehicles on burn day.  See notice below for details and map. Indigenous people, the…
END_OF_DOCUMENT_TOKEN_TO_BE_REPLACED

We are pleased to announce that the Grenadier Pond Wetland Complex has been given “Provincially Significant Wetland” status by the Ontario government. The evaluation summary, conducted by Toronto Region Conservation for the Ministry of Northern Development, Natural Resources, and Forestry, …
END_OF_DOCUMENT_TOKEN_TO_BE_REPLACED