Have you seen strange lumpy growths on plant leaves, or swollen stems, or shapes that imitate real plant parts, such as fake "apples" on an oak tree? They might be galls caused by tiny creatures such as wasps,  flies, aphids or mites.

Generally speaking, galls are a modification of plant tissue caused by an insect or mite for the benefit of that animal. Exactly how galls are formed is still very much a mystery!

Goldenrod Galls and Getting through the Winter

by Adriano Panaroni, adapted and reprinted with permission from the High Park Nature Centre blog.

Since insects are cold blooded, they become slower as the weather gets colder until many of them enter a form of hibernation, diapause. In addition they also “migrate” in a sense, but instead of going north to south they go up to down, from in the sky, trees, and shrubs to roots, burrows, and underneath leaves as well as other intriguing places.

To get through the winter, some moths, wasps and flies take shelter in a “gall”. Galls are deformations in a plant which look like bulges or bulbs. There is quite a bit of mystery surrounding their creation but what is known is that they are caused by insects irritating the plant either physically or chemically.

One of the most common galls is the Elliptical Goldenrod Gall. A moth deposits its egg on a goldenrod leaf which, upon hatching, will burrow through the stem and the plant will form a gall around the larva. Now technically the moth will not be in the gall in winter, as it reaches its adult stage by fall. However, there are wasps that can deposit eggs in the gall, which hatch and feed on the larva inside, spend the winter and then emerge as an adult. Empty galls are also reused by bees, ants, and beetles.

The elliptical Goldenrod Gall can be easily confused for the Goldenrod Ball Gall, but as the name suggests the former has an elliptical shape and the latter a rounded spherical one. The Ball Gall is caused by a spotted-winged fly, which follows a similar procedure to the moth in the Elliptical gall, except it hibernates in the gall as a larva over winter. This makes it susceptible to beetles breaking in, eating the helpless larvae and taking the gall for their own winter needs. 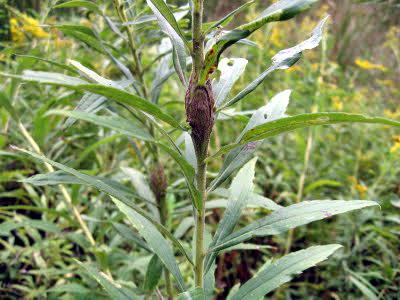 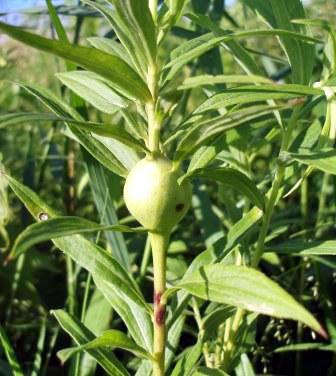 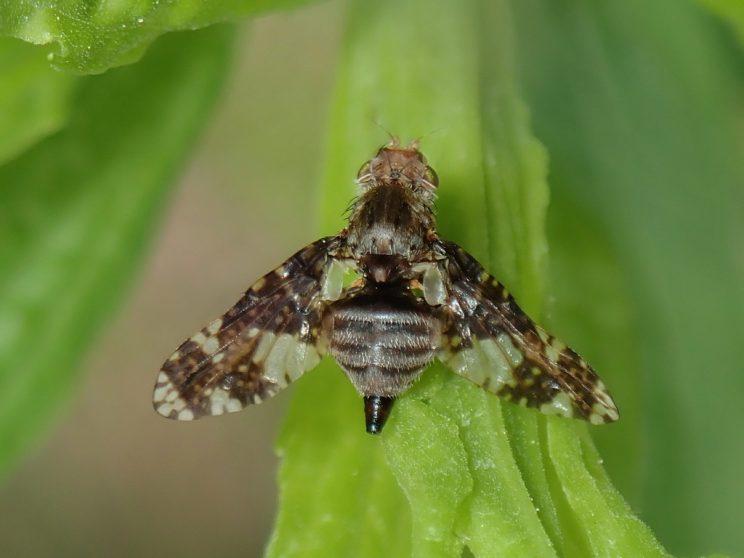 Reprinted with permission from the High Park Nature Centre blog

Although many leaves change colour and fall in the autumn, our fascination with them continues. If you take a minute to look closely at fallen leaves you can see all sorts of intriguing evidence. Holes munched by bugs and assorted moulds, mildews and fungi. Bring along a magnifying glass to appreciate the strange beauty up-close.

If you are really observant, you may even find a “leaf gall”. Galls are small ball-like deformities of a plant caused by an insect. The insect uses this deformity for shelter as well as food throughout the summer and fall. Some insect species will stay inside the gall all winter long. Galls can grow on branches, trunks, fruits, flowers, roots, twigs, or in this case: leaves.

Here in High Park we have been noticing plenty of different galls especially on Oak leaves. Inside of these little shelters live tiny larvae! Most oak galls are formed by insects called “gall wasps” (or Cynipids).

Next time you come out to High Park, look for galls. You might be surprised how many you discover. 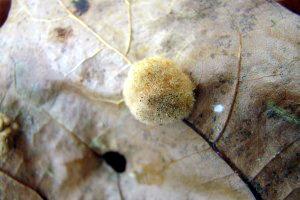 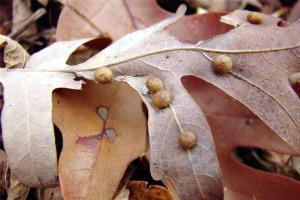 This White Oak leaf is host to a number of galls. Each of those galls houses a tiny insect larvae! Photo: High Park Nature Centre 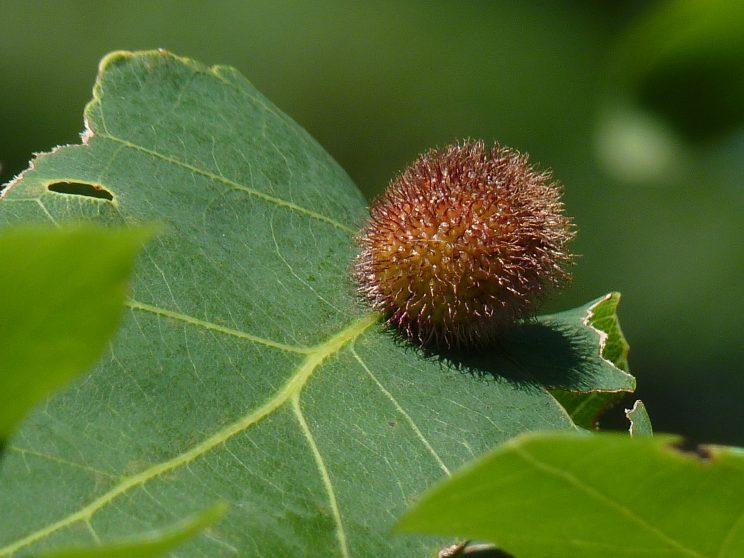 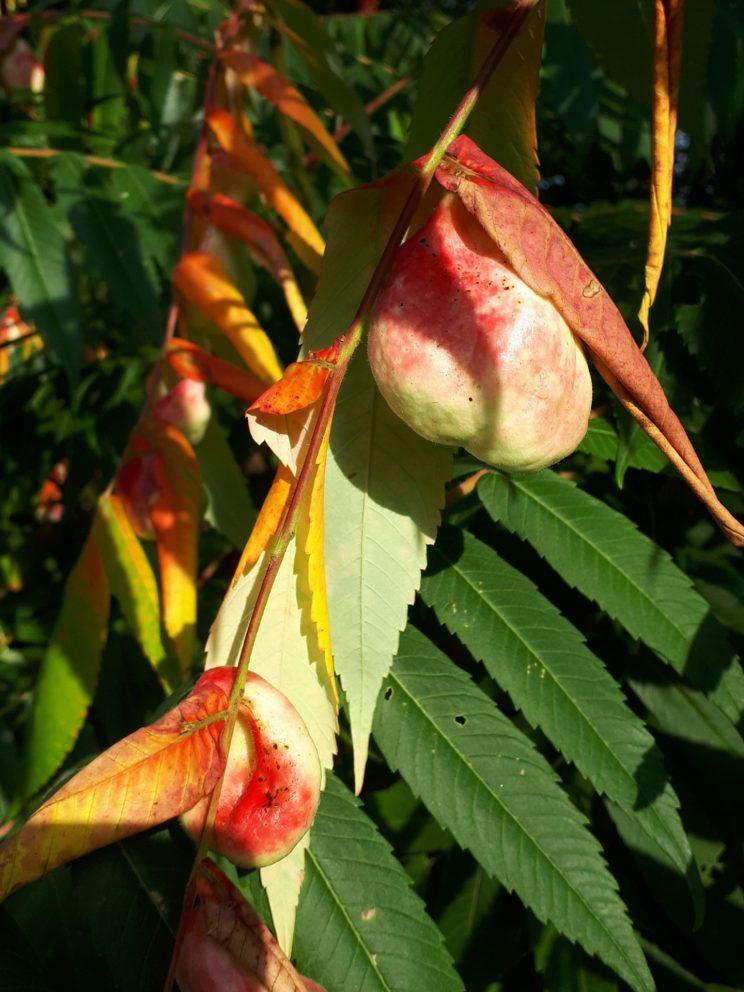 The High Park Stewards and the prescribed burn that took place on April 29, 2022 are both featured in an article by Emily Waugh in the Toronto Star. Read the article as it first appeared online or the Pressreader version…
END_OF_DOCUMENT_TOKEN_TO_BE_REPLACED

High Park’s cherry trees are blooming! Vehicle access is closed in the park. For more information, including a map of locations, virtual tours and accessibility information visit the City’s Cherry Blossoms webpage. Please take care to respect wildlife and their…
END_OF_DOCUMENT_TOKEN_TO_BE_REPLACED

Urban Forestry will undertake a prescribed burn in 4 locations in High Park on Friday, April 29. Be aware that the park will be closed to vehicles on burn day.  See notice below for details and map. Indigenous people, the…
END_OF_DOCUMENT_TOKEN_TO_BE_REPLACED

We are pleased to announce that the Grenadier Pond Wetland Complex has been given “Provincially Significant Wetland” status by the Ontario government. The evaluation summary, conducted by Toronto Region Conservation for the Ministry of Northern Development, Natural Resources, and Forestry, …
END_OF_DOCUMENT_TOKEN_TO_BE_REPLACED