With its varied habitats and and ease of access, High Park is an excellent place to observe butterflies within the heart of the city. To date, 83 species have occurred here – nearly half of those recorded in the entire province. At least 71 butterfly species have been found in High Park since the 1980s, and about 40 of them breed here annually. Another 12 species are known only from historical records (pre-1980s). 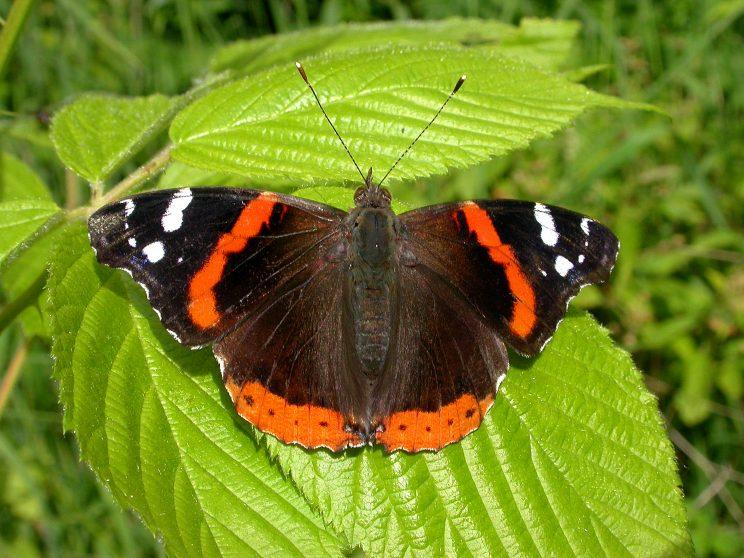 High Park lies at the north-easternmost edge of the Carolinian Zone. The recently restored black oak savannah, lush with wild lupines, woodland sunflowers and prairie grasses, provides nectar for adult butterflies and host plants for their caterpillars. Several species of small grass-skippers breed here, including Delaware and Crossline Skippers. It is also home to larger showy species such as Eastern Tiger Swallowtail and the less common Spicebush Swallowtail. The latter is at the northern limit of its range in High Park and uses the abundant sassafras, a Carolinian tree species, as its host plant.

Oaks, the signature trees of High Park, are the caterpillar host plants for the tiny and occasionally numerous Banded Hairstreak (and until recently, Edwards’ Hairstreak which disappeared from the park in the mid-1990s – it prefers oak saplings, and at that time very few oaks were regenerating). The caterpillars of the less common Juvenal’s Duskywing also feed on oaks. Northern Cloudywing and Eastern Tailed-Blue, both common throughout the park, lay their eggs on native tick trefoils. Silvery Checkerspot has been seen on rare occasions; its caterpillars feed on composites such as woodland sunflower. 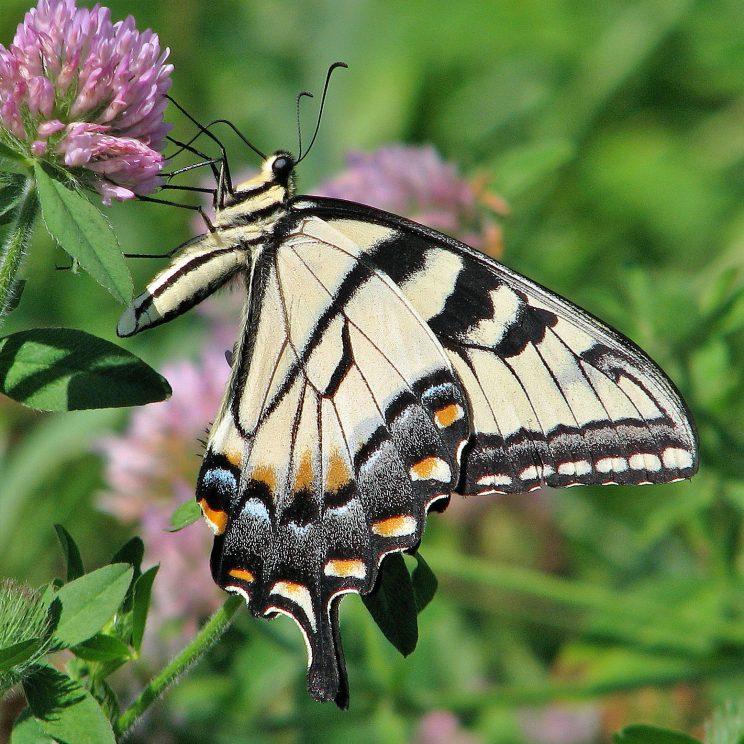 There have been rare sightings of Bronze Copper, Broad-winged Skipper and Black Dash, all wetland species, along the re-vegetated shores of Grenadier Pond. With continued efforts to improve wetland habitat within the park, any of these species could one day become permanent residents.

During late summer and fall the ornamental gardens in High Park are a magnet for butterflies, especially if nectar sources in the wild have dried up. Migrating Monarchs, Red Admirals, Question Marks and Painted Ladies and are more easily observed at this time of year, especially while gorging themselves on nectar-rich sources such as butterfly bush.

In most years Fiery Skippers from the southern U.S. arrive in High Park in late summer or early fall – look for them in flower beds where they also breed. Their caterpillars feed on turf grass. Rarer southern butterflies have also been found nectaring in High Park’s ornamental gardens at this time of year. Both Long-tailed Skipper and Ocola Skipper have been seen once.

All monarchs are little flying miracles of nature’s genius, but when you see a High Park monarch in late summer, you behold a most astonishing creature. These monarchs are the super flyer generation about to migrate several thousand kilometers to Mexico, one of the longest insect journeys on earth!

More about Monarchs in High Park

The Karner Blue butterfly has been declared “extirpated” from Ontario and Canada, which means the species used to live here and can still be found elsewhere (in a few States). These tiny blue butterflies once flourished in High Park. They were last seen in the park in 1926. Karner Blues lay their eggs only on Wild Lupine and the caterpillars feed only on Wild Lupine leaves. While the lupines are benefiting from restoration, there are many barriers to be crossed before this butterfly may once again live here.

More information about the Karner Blue:

The High Park Stewards in-field stewardship events resumed in July 2021 after being put on hold due to COVID-19 resurgences during the first part of the year.  The first event for 2021 was held on July 25th.  Similarly to last…