High Park A to Z - I is for Indigenous

Archeological evidence indicates that long before John Howard called it “High Park”, this land had been travelled and inhabited by thousands of Indigenous people since the last ice age glaciers receded 11 000 years ago. Indigenous feet and paddles created the trails and water routes that would eventually become the networks of European fur traders.

The remnant Black Oak Savannah that remains the heart of High Park today once stretched from what is now Royal York Rd. over to Roncesvalles Ave. and from Lake Ontario up to Lawrence Ave. This ecosystem was a landscape in which the inhabitants and the natural environment became extensions of each other over some 4 000 years. Through the use of carefully timed controlled fires, Indigenous people maintained Black Oak Savannahs, simultaneously improving the health of both humans and the ecosystem.

The original caretakers of this land understood that the environment was their teacher and were perceptively aware of how they engaged with and contributed to it. Their judicious management of fire stimulated the growth of plants valuable to them such as fruit and nut producers and tall grasses. The fires opened up the landscape, inviting game animals like deer, caribou, elk, black bears and turkeys, while discouraging biting insects. Less dense vegetation also allowed easier movement for humans. (See also Prescribed Burns in High Park.) 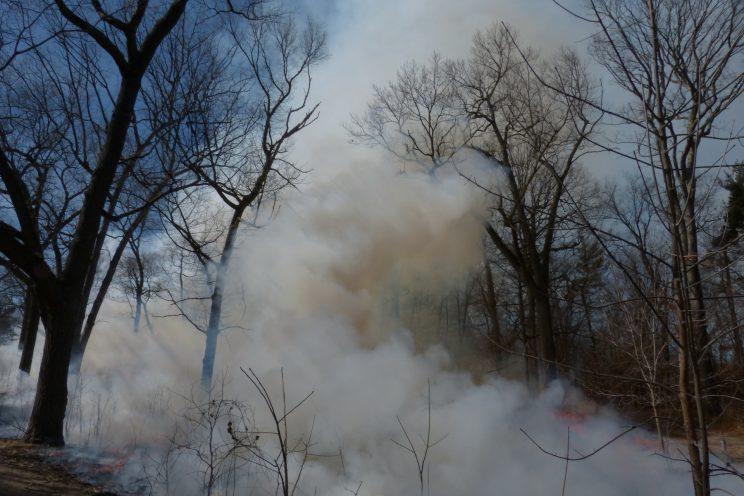 The large expanses of the savannah lands were located along travelled routes between settlements. Some of these routes near High Park still bear the names given by Europeans when they later adopted the long-established Indigenous pathways: Indian Trail, Indian Grove, Indian Road, Indian Valley and Wendigo Way.

It’s almost certain that because the Black Oak Savannah was maintained so well for so long by Indigenous occupants, it is still an intact ecosystem that includes many of the same plants that were useful to them then. According to oral histories, some of these include: oak, willow, hemlock, maple, pine, beech, cedar, sassafras, hawthorn, cherry, dogwood, sumac, milkweed, jewelweed, wintergreen, hairy bush clover, woodland fern leaf, wild lupine, nettles, purple coneflower, cylindrical blazing star, pearly everlasting, columbine, lichens and big bluestem grass.

Any or all parts of a plant could be used by humans, including the bark, sap, flowers, seeds, roots, leaves, fruits and tubers. Whether the taking was for medicine, ceremony, food or utility, gratitude was customarily offered to the plant and explanation given to it regarding who needed its gift and why. Indigenous people who once engaged so intimately with this land, understood that all of nature, including land, rock, plant and animal, has spirit and consciousness and needs to be considered with respect. According to their teachings, plants and animals are regarded as older relatives who have valuable lessons to pass on to us about living in harmony with specific environments. Knowledge could come in three ways: passed on from generation to generation, gained by personal observation or given as a gift through spiritual and dream revelations. 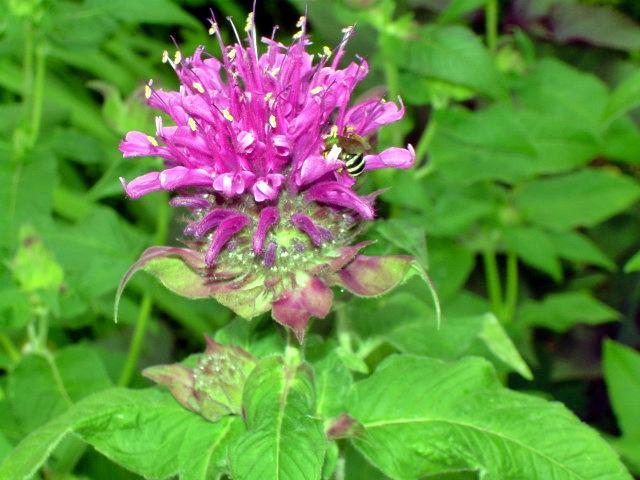 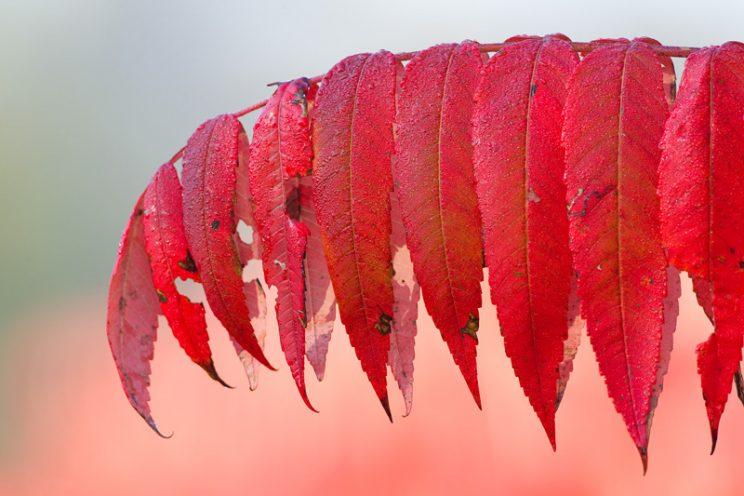 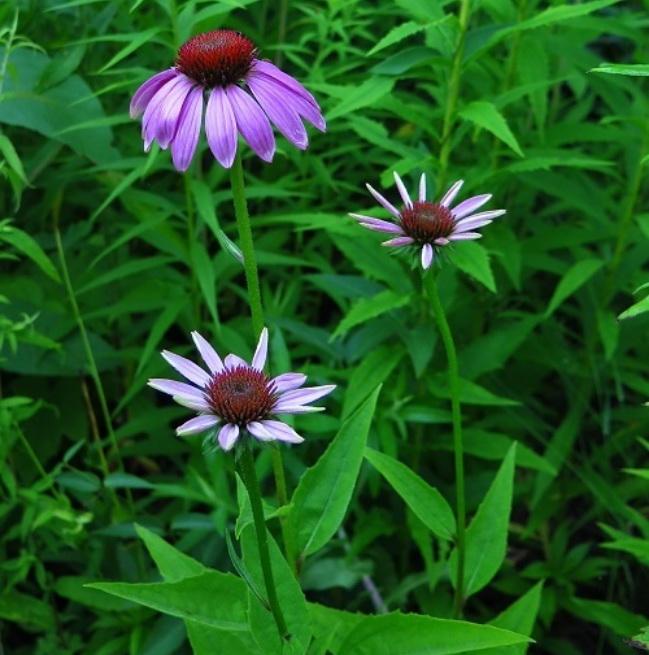 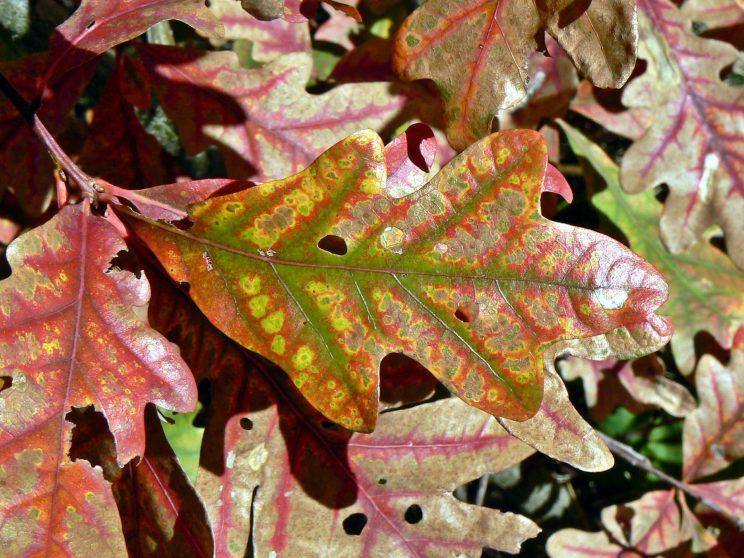 Indigenous creation stories teach humans how to live ethically with the rest of creation. We are no more or less important than all the other components of the natural world. Indigenous prophecy includes a future in which North Americans seek Indigenous wisdom for a more balanced, healthful and sustaining approach to life.

The Indigenous stories and traditions that connect to High Park can teach all of us a great deal, but they remain especially vital to the Indigenous people who count on these connections to their heritage for meaning and holistic wellness in today’s world. Although it is not possible to live the traditional life of their ancestors here, it is important to keep practicing their traditions. Currently, the Indigenous population of Toronto is nearly 70 000.

At Toronto public events, the sacred land of Indigenous people is often acknowledged with words like these:

This land is the territory of the Huron-Wendat and Petun First Nations, the Seneca, and most recently, the Mississaugas of the Credit River. The territory was the subject of the Dish With One Spoon Wampum Belt Covenant, an agreement between the Iroquois Confederacy and Confederacy of the Ojibwe and allied nations to peaceably share and care for the resources around the Great Lakes.

The High Park Stewards and the prescribed burn that took place on April 29, 2022 are both featured in an article by Emily Waugh in the Toronto Star. Read the article as it first appeared online or the Pressreader version…
END_OF_DOCUMENT_TOKEN_TO_BE_REPLACED

High Park’s cherry trees are blooming! Vehicle access is closed in the park. For more information, including a map of locations, virtual tours and accessibility information visit the City’s Cherry Blossoms webpage. Please take care to respect wildlife and their…
END_OF_DOCUMENT_TOKEN_TO_BE_REPLACED

Urban Forestry will undertake a prescribed burn in 4 locations in High Park on Friday, April 29. Be aware that the park will be closed to vehicles on burn day.  See notice below for details and map. Indigenous people, the…
END_OF_DOCUMENT_TOKEN_TO_BE_REPLACED

We are pleased to announce that the Grenadier Pond Wetland Complex has been given “Provincially Significant Wetland” status by the Ontario government. The evaluation summary, conducted by Toronto Region Conservation for the Ministry of Northern Development, Natural Resources, and Forestry, …
END_OF_DOCUMENT_TOKEN_TO_BE_REPLACED