In one sense, the entire Park is a garden, an oasis in the middle of a busy urban setting. Yet, there are a number of distinct areas where particular gardens have been created. In addition to their beauty, gardens can also provide habitat for a variety of wildlife, including birds, bees and butterflies. Let's take a tour of the Gardens of High Park.

These beautiful and elaborate gardens on the west side of the park have been attracting gardening enthusiasts and amateur photographers since the 1950s. Visitors can walk along the hillside and enjoy the calming sound of water in one of the many water features that complement the adjacent plantings.

This impressive floral display, in the shape of a stylized sugar maple leaf, is located at the foot of the slope near the Rock Garden. It was officially opened by Queen Elizabeth during a visit to Toronto in 1958. The display is changed once or twice during the late spring and summer and is best appreciated from the top of the hill just beyond the Sunken Garden.

This beautiful display (one of my personal favourites) is located south and west of the Grenadier Café. A stream with a series of waterfalls meanders through a variety of flowerbeds ending up at Grenadier Pond. (The water is recirculated from the Pond.) Each spring, it is a delight to see the Garden come to life providing, as it does, a habitat for waterfowl, birds, chipmunks and squirrels.

Off Colborne Drive South, this area has always been a pretty spot to wander through with its shrubs and water features (again using water recirculated from the Pond).

This charming site, just beyond the sunken gardens, with its variety of hanging plants, often provides a background for wedding party picture taking. (To apply for a photography permit, contact 311.)

This display was developed as a project of the Volunteer Stewardship Program (now known as High Park Stewards) at the eastern perimeter of the Grenadier Restaurant parking lot. The ground was dug up, sand and small boulders brought in and the whole area landscaped. A variety of native flowers and shrubs were planted. The Boulevard Beds were officially opened in the late summer of 2004. With regular care and maintenance, it is a showcase of wildflowers and shrubs common to the Park. Learn more...

John and Jemima Howard moved into Colborne Lodge in December, 1837, six months after Queen Victoria ascended the English throne. Like many in that era, the Howards shared a passion for gardening. They practised this art faithfully up until John’s death in 1890. (Jemima had predeceased him, dying of breast cancer in 1877).

In recent years, the original garden layout and surrounding paths on the west side of the Lodge were carefully researched and laid out. Based on information contained in John’s meticulous journals, volunteers (The Friends of Colborne Lodge Gardens) and City staff, with financial support from various sources, have recreated a Victorian Garden typical of the period 1860-1870 and similar to what the Howards would have enjoyed.

The Kitchen Gardens on the east side of the Lodge have also been planted and nurtured to resemble what the Howards would have kept for their own use during this same period.

The Allotment Gardens were opened in 1974 and offer permitted plots to local gardeners for fruit, vegetable and flower plantings. They have been expanded from their original size and fenced to prevent theft of produce and tools. These gardens have successfully blended with the natural Park setting while providing an enjoyable recreational activity for Toronto residents. For more information on how to apply, contact 311.

There are many native pollinators in Toronto most people don't know about, and lots of them are found in the Park! The Horticultural Societies of Parkdale & Toronto help with the old-fashioned garden at Colborne Lodge, and their Pollinator Gardens Project has made a pollinator garden right on the Hillside Gardens slope where you can see native plants and native pollinators together.

This City project [Children's Eco Programs] was initiated in 1998 to help children and youth from local schools and daycares to explore the basics of urban ecology and organic gardening. 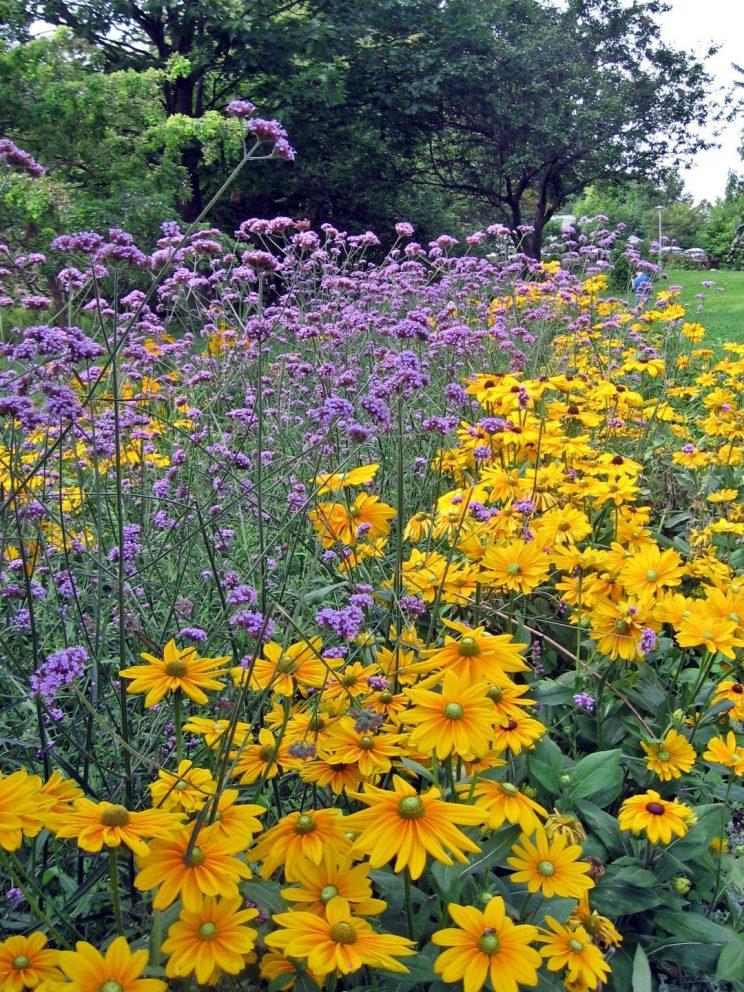 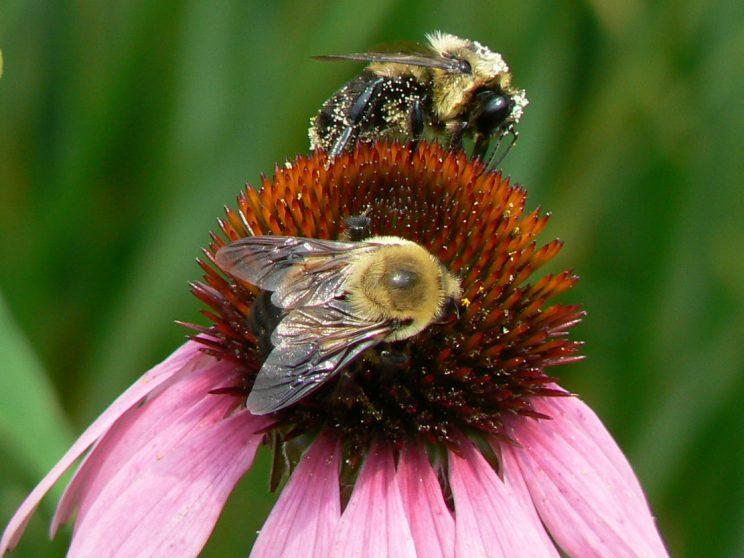 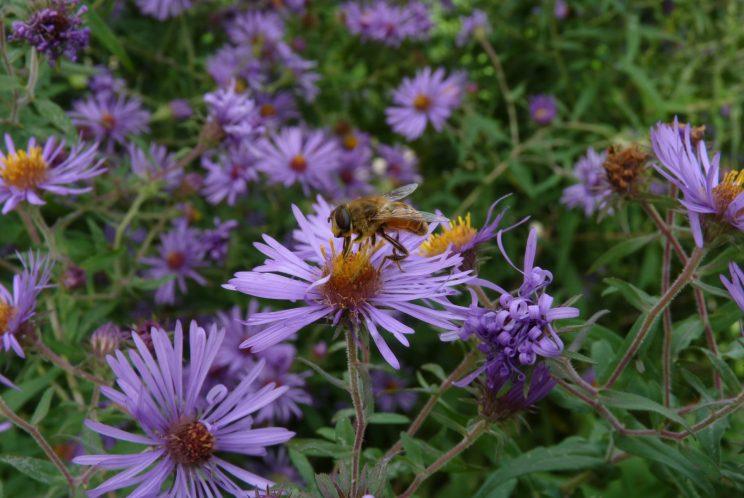 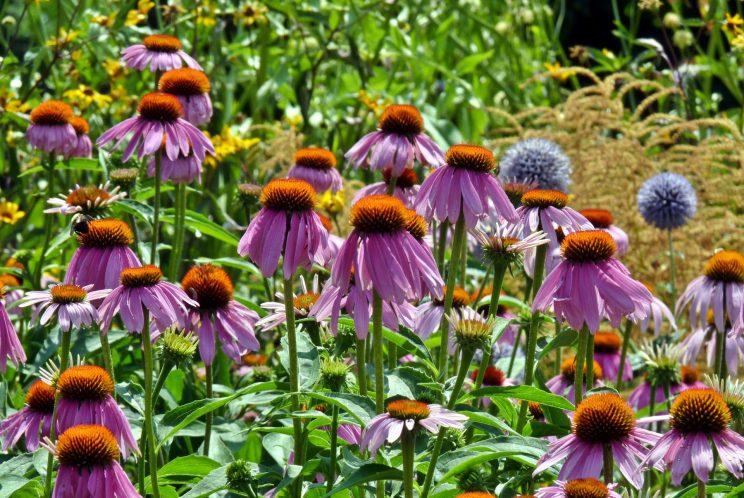 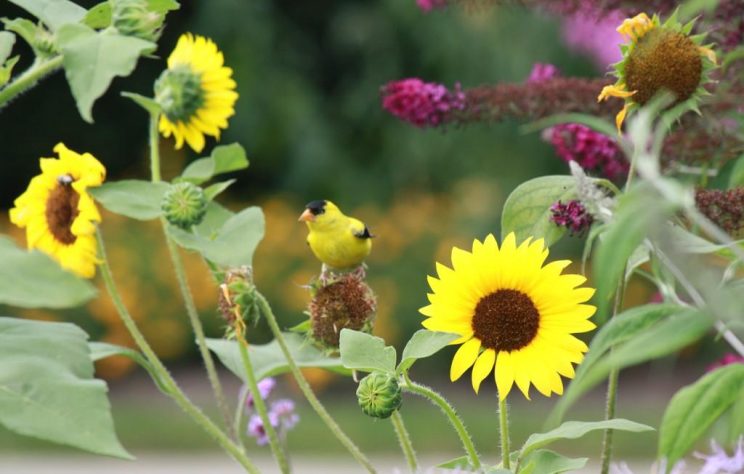 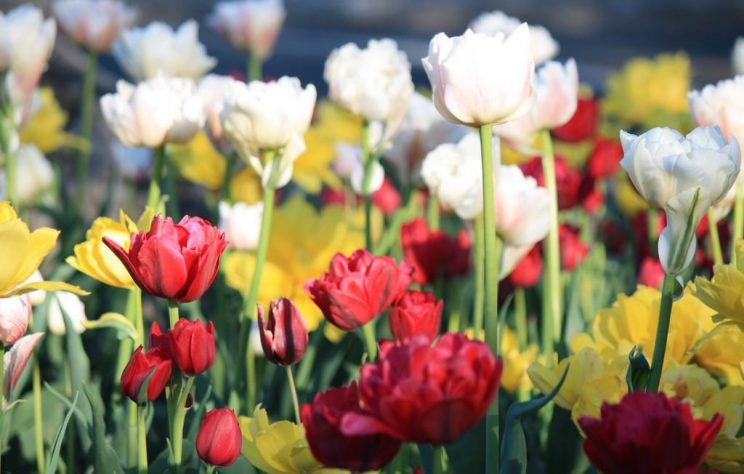 by Bob Yukich The annual High Park Christmas Bird Count was held on Sunday, Dec. 19, 2021 (a mostly sunny day with light snow-cover). Our route recorded a total of 46 species and 3,961 individuals. No unexpected species were found…
END_OF_DOCUMENT_TOKEN_TO_BE_REPLACED

The High Park Stewards in-field stewardship events resumed in July 2021 after being put on hold due to COVID-19 resurgences during the first part of the year.  The first event for 2021 was held on July 25th.  Similarly to last…
END_OF_DOCUMENT_TOKEN_TO_BE_REPLACED

Please see the December 2021 issue of our UPDATE newsletter for a summary of news and activities involving the High Park Natural Environment Committee, High Park Stewards and our City partners. While more people than ever have come to value…
END_OF_DOCUMENT_TOKEN_TO_BE_REPLACED