Ducks of High Park – Part B

High Park is a great place to watch and learn about ducks 365 days of the year! These waterfowl are so popular that we have two pages about them on our website: see Ducks - Part B below and also Ducks - Part A.

You can observe daily the familiar green glossy headed Mallard ducks in action as they congregate in the park’s ponds and creeks. You’ll soon recognize their signature move of tipping headfirst into the water with bottoms pointed skyward. In this position, they graze on underwater plants and animal matter. 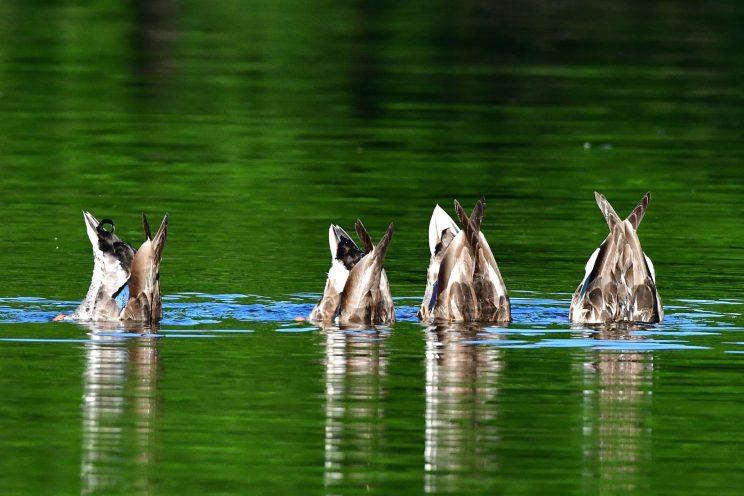 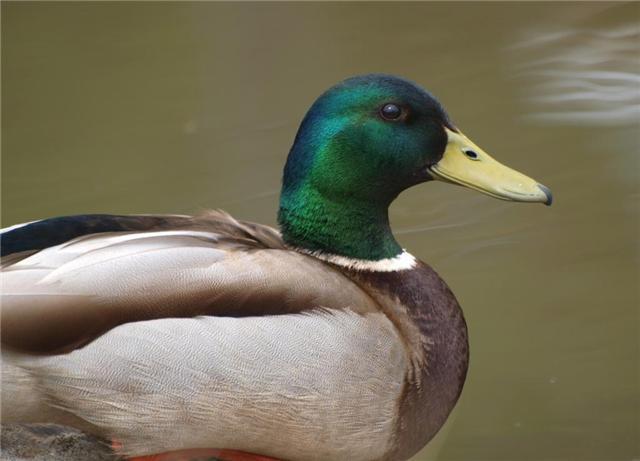 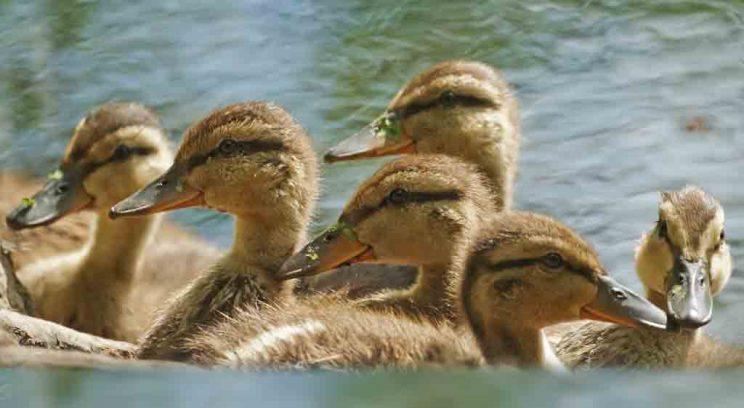 A Year in the Life of a Mallard Duck...

In fall, the beautifully coloured males and the duller mottled females get together in pairs that last until early spring when nesting begins. During the mating season both males and females can be seen charging and driving off competition. The males will fight and peck their rivals’ necks, extracting feathers and sometimes skin.Nature designed the subtly coloured female to blend in with her surroundings and camouflage her while she’s nesting and raising young. In the spring, she looks for a concealed nesting site that predators can’t reach. In High Park many animals would enjoy a duck egg or a duckling dinner. Owls, hawks, crows, jays, herons, snakes, raccoons, opossums, skunks, turtles, fish, cats, dogs, foxes and coyotes are all predators. The mother duck lays about a dozen eggs (more than half her own body weight) and waits a stressful 28 days for her brood to hatch. Another kind of duck may dump her own eggs into a mallard’s nest. If the eggs look similar, the mallard mom might accept and raise them along with her own, or she might reject them.

Meanwhile, the male mallards hang out together in a flock. They mate again with female ducks that have lost their first brood. They might also pursue an isolated female mallard duck or a female duck of anther species. They chase the female until she weakens and then they take turns mating with her.

The ducklings can swim just about as soon as they’re born but they can’t fly for another few months. Staying with Mom offers warmth, protection and survival training. They will learn how to find an amazing diversity of food including snails, beetles, flies, butterflies, dragonflies, larvae, frogs, crayfish, worms, seeds, roots, plants and tubers. Usually they eat more plants than animals, but when females are laying eggs they reverse the ratio to 72% animals and 28% plants.

Notice that nothing in their natural diet resembles bread in any way! Bread fills them up with empty calories that replace the nutritious food they need for healthy survival. They live an average of three years but some make it to 20.

Mallard ducks are dabbling ducks, meaning they splash and dip in shallow water for food. Several other kinds of dabblers visit High Park for two or three seasons each year.

Ducks that are not dabbling ducks are diving ducks. Typically these ducks dive deeply and swim underwater to feed on crustaceans, mollusks, insects, small fish and aquatic vegetation.

One of the very special dabbling ducks is the stunning wood duck. It nests in tree cavities that are typically near the water but can be more than a kilometer away. They prefer tree cavities that are high above ground and have small openings their predators can’t enter. The tree cavities can be anywhere from a half metre to more than 4 metres deep. As soon as the ducklings hatch, they climb up the inside of the tree cavity using their sharply clawed webbed feet. Then they jump from the opening, landing uninjured from as high up as 20 metres. From there they make their way to the water, following Mom’s call. The wood duck is the only North American duck to produce two broods a year. 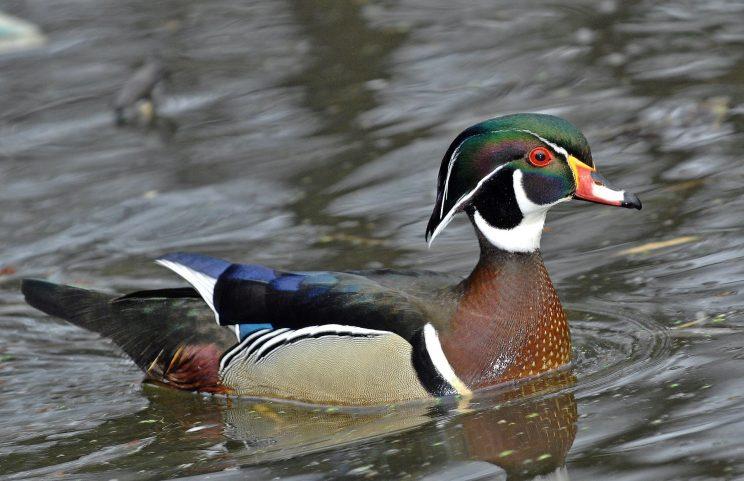 Several kinds of diving ducks are commonly seen in High Park in spring and autumn until the pond freezes. You will see them swimming out in the open water… and then you won’t! They dive deeply to feed on crayfish, snails, insects, fish and vegetation and then surface quite a distance and quite a while later. Their large feet and short legs positioned far back on their bodies make them strong underwater swimmers, but very awkward walkers. You can tell when a diving duck is taking flight because it needs a running start along the water’s surface just as a swan does.

Please don't feed the ducks or other waterfowl

Feeding wild waterbirds encourages them to depend on food from humans, rather than learn to fend for themselves in the wild. It can also cause health problems for the waterbirds, as they are fed artificial, processed food rather than their natural diet, and puts them at greater risk as they lose their natural fear of humans.

This article doesn't have sources.

The City is launching the High Park Movement Strategy: “a study to improve the travel network for High Park and better serve park users and the community.” The first step is an online survey.  More information can be found on…